Ode the Baseball Palace Of The World

Here is a video from a comic here in Chicago, Mike Bobrinskoy, about dealing with a scammer on OK Cupid (skip to 1:12): 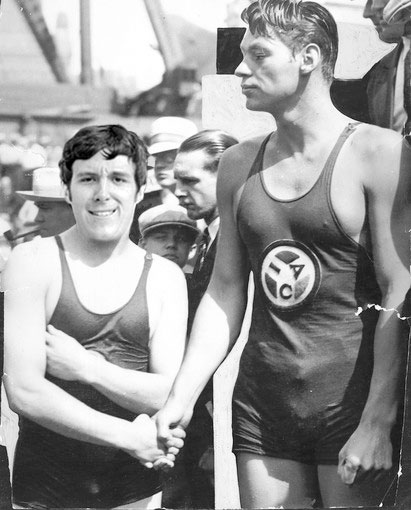 Dad sent an WBEZ article about the Chicago Municipal Device that was interesting (though probably not as much as their article about the immense popularity of the Chicago flag). Been looking up more about it and stumbled upon some fantastic sites with Chicago pictures.  Calument412.com, whose name comes from the phone number of a famous Chicago brothel, has about 4,000 pictures/posts, so be careful how long you are on it.  Which lead to another site of pictures, theManOnFive.com, whose name refers to a nickname for the mayor (the office is on the fifth floor).  This is where I found the above picture (the original at least) of Johnny Weissmuller.  Did you know that Johnny faked his citizenship to be in the Olympics?

I probably posted this 100 Greatest Insults before; though its worth another watch even if I did.Â  Of course I am trying to think of ones that they missed, but all I can think is that there should have probably been more Denis Leary, Denis Farina and/or Robert Loggia.Â  Apparently there is even a sequel and, I was going to wait for another day for this, but I would probably forget: 100 Cheesiest Lines (which I think Austin or Kevin Staunton showed me). Here is that video:

Come on Andre 3000, come on. Sorry to keep bringing up covers; I thought I was done for a while too.

At least some people are honoring them/Paul instead.