ok, i realize that i probably think my title is more clever than it actually is, but tom sent this, and you’ll all enjoy it: http://gizmodo.com/364254/british-protecting-local-textards-by-padding-lampposts 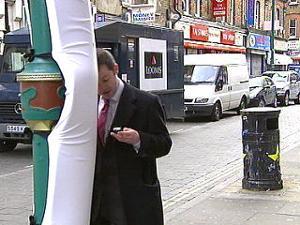 I really haven’t played around with this website yet, because I try not to watch anything over a couple minutes on my computer butÂ HULUÂ is a great new website where you can watch whole episodes of newer shows and even whole movies. Â It is free to become a member, which is helpful if you want to watch rated R movies or shows with naughty-ness. Â You can catch up with It’s Always Sunny in Philadelphia, American Gladiator, Saturday Night Live, some show called Airwolf, or just brush up on your Arrested Development trivia. Â Here is a great episode of 30 Rock.

Being so close to St Patrick’s day, I wanted to talk about the Saw Doctors. Maybe the best way to describe them is that they are like an irish version of Jimmy Buffet or The Grateful Dead. There songs are simple, catchy, and sometimes funny. Also, they tour around the world almost non-stop with a tremendous following despite no radio play outside of Ireland. The bassist has been replaced a few times and so has the drummer, but the two main members of the group are still with the group. One original member actually quit the group after he won the lottery. And since the group has a crappy myspace, you can check out their songs here. (I don’t usually like posting songs on this website, but I find there’s no other way).

MP3: I Useta Love Her 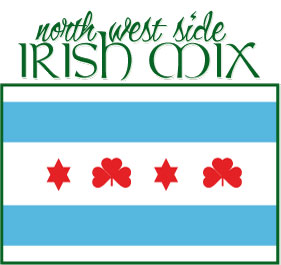 And in the spirit of giving away songs on The Bruce Blog, I am posting a mix of songs. Other blogs do mixes for holidays, so I thought that I would make one. I am not going to post a bunch of traditional Irish songs, just the ones that I, as an second generation Irish-American from the Northwest Side of Chicago, know as Irish. And the "South Side Irish" will definitely not be included.

And like the disclaimer on the other blogs like to say, "if you like the music, please buy it. If you represent an artist or label an would prefer that I remove any mp3, let me know and I will take it down immediately."

2. House of Pain – Top O’ The Morning to Ya The rap group that young irish wannabes of the generation before me would listen to.

4. Tossers – Tell Me Ma Great song from a great band from Chicago. Best version is with Van Morrison and The Cheiftans, but this is good too.

5. Van Morrison and the Chieftans – Irish Heartbeat Another song from that same album.

6. Clancy Brothers with Tommy Makem – Johnny McEldoo With so many songs about rebellion and drinking, this one is about eating.

7. Clancy Brothers – Seven Drunken Nights This is a great one about drinking.

10. Waterboys – Fisherman’s Blues Didn’t discover this till I started dj-ing the Thatch, but also a good sing-a-long song.

11. Thin Lizzy – Running Back Not an irish song, but was an irish band. It doesn’t fit the theme, deal with it.

Here is a zip file of the whole mix if you want to download it all together.

Saturday Night Live is still painful to watch, but one of the few redeeming qualities about the show is the digital shorts. Â They are written mainly byÂ Akiva Schaffer, Jorma Taccone, and Andy Samberg, who call themselvesÂ The Lonely Island. They are responsible for dick in a box and Lazy Sunday. Before they were on SNL, they did a series called The ‘Bu. Here is the first episode. The last episode is all pretty funny. 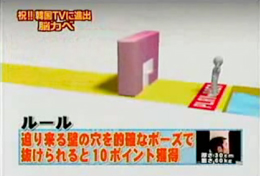 If Joan isn’t going to post this, I will. Â I don’t know how else to set this up other than: its human tetris. Â Be careful when you watch these, cause they get addicting and you keep watching more and more of them.