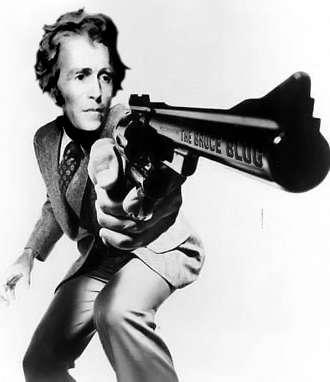 I was recently talking to someone about their favorite president and couldn’t really think of who mine would be. Â Today, that question was answered withÂ these posts. Â If these are all true, thenÂ Andrew JacksonÂ was a real badass (If you can look past having slaves, hating the indians, and some other trivial stuff). Â I am not advocating deciding court cases with a pistol duel, but if the USA network has taught me anything (and it hasn’t), its that I love drama and action. Â And the A-Jax Story is full of it. Â El Santo at Rooktopia has done more research onÂ this topic. 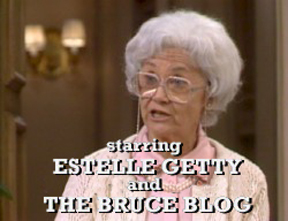 I know that of the few people that regularly read this blog, a Golden Girls post would have some fans. Â I stumbled upon this Mental Floss post via Pop CandyÂ and immediately thought of Kelly and Ellen’s fascination with this show. Â Not much else to say about this except that I found it funny that they gave Estelle an excuse for being vulgar because she had a stroke that had “destroyed the part of her brain that acted as a censor.” Check it out here.

Umm I really digging your lips!

Girl Talk is a one man mash-up master. While do not be judgmental at first, a mash-up artist can still be a good time. This is definetly for those who love to dance so Brian stop hating because of your crazy belief Girl Talk somehow cannot hold your attention. Get up and dance you know you want to. And the best part is now whenever I hear one of my old favorites mashed up in a Girl Talk song I just get super excited. In this video, “Once Again”, Girl Talk samples a plethora of artists; Ciara, Boston, Ludacris, Fabolous, Ying Yang Twins, The Verve, Outkast, Webbie, Oasis, Slim Thug, Arrested Development, Young Jeezy, Genesis, Boredoms, Positive K, The Five Stairsteps, and Eminem. So just give this little diddy a listen and hopefully enjoy. Also Girl Talk is coming to Chicago I believe but I think it might be sold out.

the most expensive sandwich ever

so in honor of thanksgiving (and also because brian says we really have to keep posting things or no one will come back), i am giving you an email written to my friends after one of my particularly gluttonous adventures. i realize that it is both lengthy and pathetic, but you’re actually here reading the bruce, so don’t judge me or it will be another garbage christmas for everyone. enjoy. **names may or may not have been changed, i put parentheses around them so you’ll really never know.

i hope that your first day of school is going well, had i been more thoughtful this morning, i would have taken a picture. had i also been sober i might have remembered money, or a picture id, or my keys.

i just thought you’d enjoy sharing in my pain. yes, it has been a hell of a day.

while i was drunk driving to work i began to fantasize about a delicious potbelly’s sandwich. i convinced myself that this was the one and only thing that could make this day worth being alive. as i waited in the refreshing cooler for my clients to pick up boxes stuffed to the brim with peanut butter and jelly, i smirked, thinking suckers, your lunch stinks. around 9:15 am, while dropping off meals at a homeless shelter, i noticed that my forearms ached from the small amount of semi-strenuous work i preformed yesterday after such a lengthy period of inactivity — and even though every turn of the wheel shot pain through my limbs, i forced myself to drive past the said potbelly’s sandwich works shoppe to confirm their opening time (which was, as i already knew, 11 am). like a girl blossoming into a young woman, i was quickly moving from still drunk to hungover — i dragged my tired body to my office, only to discover that our server is down. i cannot access any files, or accomplish any real work.

while cleaning out my bag, a tactic i often use to create the feeling of faux productivity and pass time at work, i was mildly surprised to discover that the rubber band holding together my most important possessions was left in the pocket of my filthy jeans, crumpled on the floor of summerhole, where i had dropped them the previous night. fueled by my hope to spend as little time slumped at my desk smelling like alcohol (thus outing myself as the office drunk) and my passion for toasty sandwiches, i decided to hop into the ford windstar and retrieve my personals, wouldn’t want anyone stealing my identity now would i? a straight shot down sheridan, chugging some stolen water that the jewel has hand-bottled from a natural spring, i arrive, disheveled and horny for a sandwich. unfortunately, i cannot get into summerhole, for i have left my keys inside when we left this morning.

foiled, i drive back to campus, hanging my head in shame, but not quite ready to quit this sandwich mission. i pull into the bottom level of the parking structure, and invited by the darkness, crawl into the backseat to think with my eyes closed. twenty glorious minutes later, my face covered in lines and drool, i’ve got it! much like the convenient banking solution offered to marquette students, northwestern coeds can also pop into the student union to deposit checks from their parents. knowing that us bank does not allow cash withdrawals without proper identification, i wait in the longest line in an attempt to sweet talk the most vulnerable looking male employee. “dave” is nice, but stern, and even though i offer to verify my information — who else could possibly know where i live or what my mother’s maiden name is — his adherance to the rules is unwaivering.

at this point, a lesser woman may have given up and eaten expired chips that we serve homeless people, but me and that sandwich are star-crossed lovers, and i have a date with destiny. truly putting my feminine wiles to the test, i comb the student union basement, for an office i vaguely remember from my first day, a bitter cold january the third. like christopher columbus, i take credit for discovering something that already exists, and stumble into a poorly marked office. i’m on a mission, and the only thing left standing in my way is a new nu id. after explaining my predicament and having only my body to offer as payment, the courteous student worker agrees to print my id, and hold my bag as collateral while i get money from the bank and return to deliver him the promised $10 and hand job. my fingers race to push the elevator buttons, and i return to the first floor a champion.

i present dave with my new id, still warm from the printer, and he fumbles — unprepared for the transaction, stunned by my smarts. with my newly acquired wealth, i kindly pay for my id, collect my belongings, and head for sherman ave — evanston’s main drag and home to my purest love, sandwich. at this point, in addition to potbelly’s overpriced and small serving size sandwich, i have wasted $10 on an id, several dollars on gas, and about 3 hours of my workday. it was pretty good, but still leaves me wanting for more. will my thirst for the perfect sandwich ever be quenched? will my appetite always remain insatiable? we’ll discuss all this and more as the week unfolds.

Our Work Is Never Over

It is an video that has been around for awhile for song that has been around for longer, but I like this fan video for Daft Punk’s Harder, Better, Faster, Stronger and think its worth posting. And, if you haven’t seen it before, its new to you. The other reason why I thought it was a good post was because Stereogum has a post about all the videos it inspired. The daft bodies is somewhat creative, but the other ones are kinda painful.
Just because you might think it was hilarious when Jennifer Garner did the “Thriller” dance in “13 Going on 30” does not mean that you should make a video of yourself doing it. We all know that its funnier when you bug the DJ to play it at the bar and then can only do the first ten seconds of the dance over and over again. But I digress.