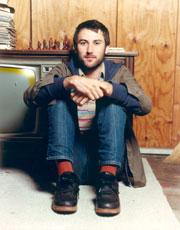 When Neil introduced me to Matt Costa, it reminded me of a poor man’s Jack Johnson (who I like, but I can really only take so much of that hippy ex-surfer rock at a time). He actually was a skateboarder that shattered his leg and started developing is music during rehabilitation. He was eventually signed by Jack Johnnson’s Brushfire records. He has a new cd called “Unfamiliar Faces” that I haven’t listened to yet, but have become enamored with the single “Mr. Pitiful.” Catchy piano that somehow reminds me of a Beatle’s song. Listen to some more at Hype Machine or click on the more button to see the video.