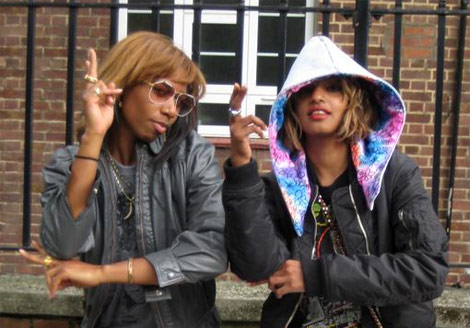 M.I.A. is an artist had a unique sound for American popular music.Â  Despite that (or because of that), she got huge last year.Â  I thought she was awful at Lollapalooza last year, but she did have a lot more people than the band she drowned out, Electric Six, playing on the stage next to her.Â  Anyways, it seems that the major labels are trying to repeat that success with Santogold.

Santogold sounds like M.I.A., dancey music thats heavy on the beats.Â  The music has a 80’s pop and a world music feel to it.Â  She is is getting a lot of affection from the “blogosphere”, so you better get a listen in before the backlash starts.Â  Give it a listen at HypeMachine or at Lollapalooza this summer.