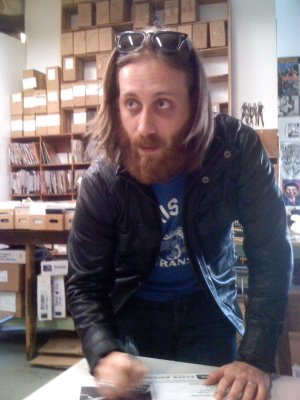 Neil just pre-ordered the cd from Dan Auerbach and after listening to whats been released already, I am excited to hear the rest of that cd.Â  Dan is one half of Rachel’s new favorite band, The Black Keys, and is coming out with a solo cd, Keep It Hid, on February 10.Â  Its not as good as the Black Keys stuff, but still great.Â  Hype it or Myspace it.

Also exciting is who he is touring with because the other great thing about Dan is his involvement with other great bands.Â  If you like the Keys stuff, please listen to Hacienda and Those Darlins (Wild One is pretty addictive).Â  Though she isn’t touring with him, also listen to Jessica Lea Mayfield.Â  He produced her latest cd that has had a place on many people’s year end top album lists.