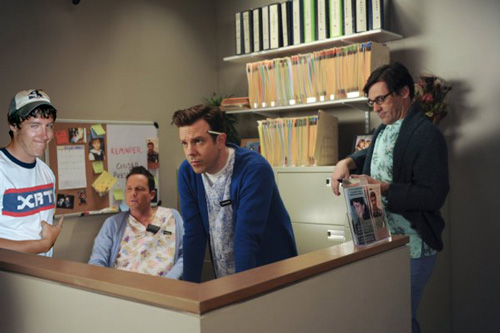 Just like some sketches on SNL, sometimes the funniest commercials are the ones that don’t make any sense. I was watching something on the Hulu and ended up laughing more at the commercial. Just when I thought Skittles couldn’t top their Midas/Skittles touch, they did:

To keep with the conversation of hilarious commercials, Mike alerted me to the new Allstate Commercials for the “Mayhem is Coming” campaign staring my boy, Dean Winters. I loved this guy on 30, he was in the first season of SVU, and was great as the brother in Rescue Me. I was thinking about renting OZ, apparently is biggest and most popular role that I’ve never seen; has anyone seen this? Worth it?