Are you a God? 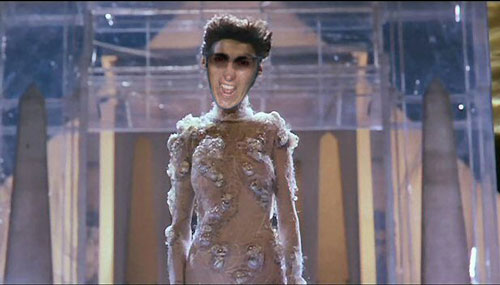 Despite looking like a Norwegian Gozer the Gozarian, Robyn has really grown on me. Though quite different from another favorite song from her, Konichiwa, Bitches, the song Dancing On My Own would be on a personal Top Songs Of The Year list, if I did one of those. You can watch the original video, or just see her perform it at the Nobel Peace Prize concert (cause thats real and not made up!?!): (its the second song)