I suggest you sign up.Â Â  Today’s word solves a little mystery behind a common symbol we lovingly refer to as the “Pound Sign”

The Word of the Day for November 9 is:

Example sentence:
Â Â Â Â  Barry noticed the pound sign on the telephone and remarked about how much the octothorpe resembled a tic-tac-toe grid.

Love to Learn? Get the knowledge you need at Britannica. FREE Trial.

Did you know?
Â Â Â Â  Stories abound about who first called the # sign an “octothorpe” (which can also be spelled â€œoctothorpâ€). Most of those tales link the name to various telephone workers in the 1960s, and all claim the “octo-” part refers to the eight points on the symbol, but the “thorpe” remains a mystery. One story links it to a telephone company employee who happened to burp while talking about the symbol with co-workers. Another relates it to the athlete Jim Thorpe, and a third claims it derives from an Old English word for â€œvillage.â€ If the plethora of theories leaves your head spinning, you might want to take the advice of the wag who asked (poetically), “Can we simply just say, / Ere it spoils your day, / It’s the thorp between seven and nine?”

Oh, We-no-nah. My Love Will Turn You On. 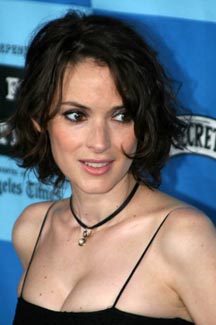 Not sure if anyone else will find this fun-fact-of-the-day as interesting/humorous as I do, but apparently Winona Ryder has dated a large number of fairly well known musicians. Go to thisAOL Spinner Blog to see a slideshow of the many beaux. In fact, in writing this, I found another website that aparently keeps track of all the celebrities she has dated. Dating a Monkee is pretty impressive. Dating Adam Duritz of the Counting Crows is not that impressive. He could have his own slideshow of all the celebrities that he has been “romantically linked to.”
Anyways, check out the site I found out about this, I AM FUEL, YOU ARE FRIENDS to hear a nice little mixtape dedicated to this.

I haven’t actually listened to the Rumble Strips, but I came across this and thought those of you who’ve read Brian’s post might be interested to see themÂ tonight for free.Â 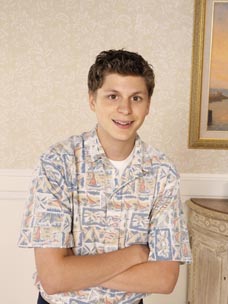 Since Arrested Development was cancelled, I watch anything that has the Bluths in it. Michael Cera has been keeping busy since the show with Superbad and his webshow Clark and Michael. He is so good at being the awkward kid that he never plays anything else. In this video, Sweet Tits, I think that they try to play off of that. It is from a very funny show directed by Bob Odenkirk called Derek and Simon.

An HBO series whose main character is a do-good serial killer (oops, this is actually a Showtime production).Â  Although not quite up to par with the Sopranos, this series is definitely worth a watch.Â  The first couple of shows were so-so but now that I’m into the 3rd disk of season one I can’t seem to pull myself away.Â  Dexter, a blood expert for the police, soothes his killer addiction by getting rid of the scum that falls through the cracks of our legal system.Â  Editing, camera workÂ and the storyline become more and more complex as the series continues.