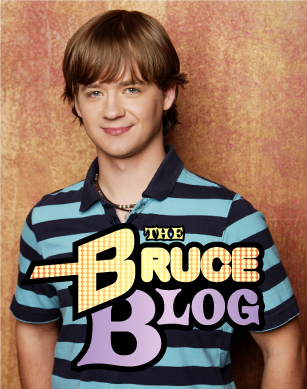 Â Â This was supposed to be another post about old tv show nostolgia, but it took a bad turn. Â TvSquad.comÂ (viaÂ Pop Candy) has a post about the differences in age between actors and the characters they play. Â I don’t really think Estelle Getty counts because old is old, but I digress. Â I always thought thatÂ James Van Der BeekÂ was 30 when he played Dawson Leery (it turns out he was only 21 or so), so I looked through the comments to see if anyone else cleared that up for me.Â Â I did not find that, but what I did find out was that Angel from Buffy the Vampire Slayer was actually 280 years old making David Boreanaz the winner. Â I found out that that it is funny to see people try to make corrections with their nerdiness only to be corrected in the next comment by someone even more nerdy stating that the character Angel was 26 when he became a vampire freezing him at that age.Â Â But the more interesting thing that I found out was thatÂ Jason EarlesÂ from Hannah Montana is most likely 30 playing a teenager. Â Here is what I grabbed from his wikipedia page:

Jason Daniel Earles (born in San Diego, California) is an American actor. His birthday is April 26. His birth year has been the subject of conflicting reports. Earles was 29 years old in January 2007, per USA Today. Earles’ resume gives a birth date of April 26, 1985. A story in the Houston Chronicle in July 2007 stated that he was 19 years old. Before moving to southern California, Earles lived in Billings, Montana, where he graduated from Rocky Mountain College in 2000. He has contributed cast memorabilia to the college’s fund raisers.

Â Â  I know that not many people know or care about anything to do with Hannah Montana, but my roomate watches this show all the time and the show creeps me out (I watch some weird shit too, so I guess I can’t criticize). Â  There is Â too much overacting, there’s Billy Ray Cyrus, there’s the fact that it only takes a wig to disguise her from everyone and then there’s this? Â Â Whats next? Anthony Anderson? Â The Hoff occasionally peaking into the window like a creep?