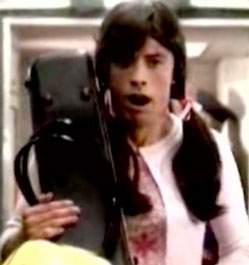 Just like John Mayer’s ability to fluctuate the like-ability scale, the Foo Fighters manage to put out a decent song every once in a while and do something hilarious to keep me from not liking them anymore. The latest thing is from Stereogum, via gawker, via…. Anyways, its the Foo Fighters rider list, which is a list of things that a band requires of it promoter when it comes to a venue. There is a little rant about bacon that says “Bacon, I call it ‘god’s currency.’ Hell, if it could be breathed, I would.” Check it out here. Its a personal goal of mine to wrap a oreo or a chips-a-hoy in bacon and then deep fry it.

Head to Smoking Gun to check out some great other tour riders too. Rolling Stones required a snooker table, which is not to be confused with a pool table. Van Halen are famously know for requiring brown M&M’s, and actually refusing to play once when that wasn’t met. They are also very specific about their alcohol. I haven’t read that many, but another one is Britney’s Spears’ rider list includes a requirement of an “UNLISTED OUTGOING ONLY telephone” while also saying that “Publishing of this phone number and/or any incoming calls will result in a $5,000 fine payable by the promoter.”