Chuck Norris can kill two stones with one bird.

So while I was doing some scholarly research I came upon this little nugget. 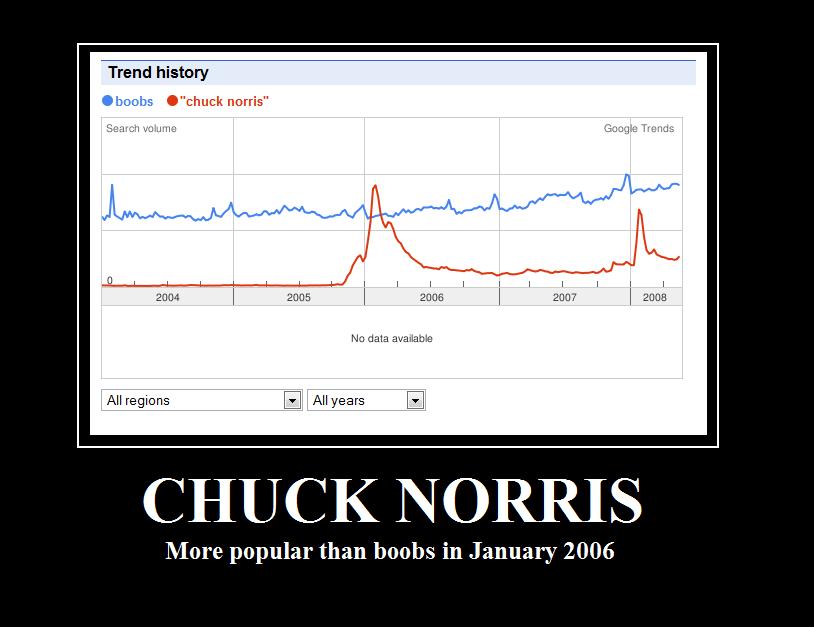 So upon first glance I just took this as simply one of those Chuck Norris-ism’s that were popular a little bit ago like:

I did some further research and realized in fact that Google does have a Trends section and when you pit Chuck Norris against Boobs this mock poster is indeed correct – Chuck Norris was more popular than Boobs in Jan. 2006.