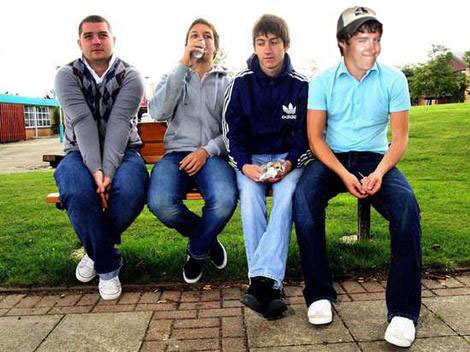 The Arctic Monkey’s were the first band who I discovered on them internets and had an intense love for before they were played on the radio. I’m not saying I was ahead of the curve (they were the new favourite band of practically every blog that I read), I’m just saying they are the first band I cultivated a love for through downloading, other blogs and not the radio. Their awesomeness has since fizzled in my eyes after a mediocre second album and depressing side project for Alex Turner called The Last Shadow Puppets. I am still excited about this third album they are working on, but not as much as I am about Pretty Much Amazing’s Arctic Monkey’s B-Sides and Rarities Project. There is a reason these songs were not picked for the proper release, but the two that were posted already capture them at the their best (at least in my mind). Before this, my only experience to their b-sides before was their cover of a Girls Aloud (sorta like a UK version Pussycat Dolls) cover on a BBC Radio show, Love Machine: