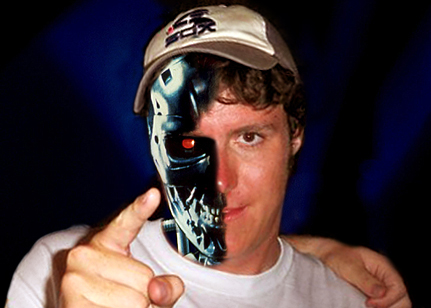 I remember an argument I had with someone at the beach about what was scarier: zombies or artificial intelligence. If movies have taught me anything (and they haven’t), its that zombies are slow moving, dumb and are usually defeated while evil computers are smart, resourceful and frequently destroy the human race. Not even a delightful Alan Alda can get me excited about artificial intelligence.
Well IBM, in an effort to one up their chess win awhile ago, have created a computer to compete on Jeopardy. It’s a little cheeky and only a little scary, until you learn that the proposed applications are to replace even the low paid Indian customer service and make emergency room decisions. Via NotCot.