Whats Ike got to do with it? 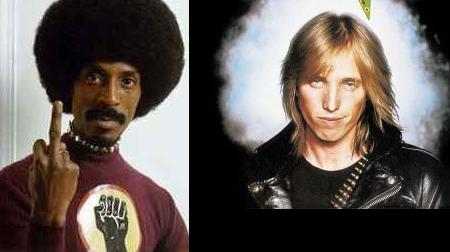 Here’s a little rock and roll nugget from the Phantom:

Everone knows that The Tom Petty and the Heartbreakers’ song “Listen to her Heart” is a favorite of fans everywhere and ranks high on the Dj Mike playlist. “Listen to Her Heart” is the second single from Tom Petty and the Heartbreakers’ second album, You’re Gonna Get It!. What most people do not know that it was inspired by everyones favorite Rock ‘n’ Roll pioneer turned posterboy of domestic violence, Ike Turner. While Tom was on the road, his wife Jane was at a party with Tom’s producer at Ike Turners house. According to Jane, she was cornered by Ike in a scary circumstance. Allegedly, Ike had some Jungle Fever on his mind because he “locked Jane in the house.” She escaped unscathed but immediately told Tom of the incident.
Tom, in true Tom Petty fashion, penned the song quickly and has performed it live ever since, becoming a fan favorite even before it was recorded. When it came time to put the song on wax there was even more controversy; this time about the the song lyrics. At the time, stations didn’t want to play the song because of the reference to cocaine. This was a big deal to Tom because of its pivotal role in the story. Lets be honest, if he had replaced cocaine with what his boss told him to replace it with (champagne) it wouldnt have the same impact. Tom held his ground and the lyrics remained the same. This is one of the greatest love stories in Rock history, that is until September 09, 1996 when Tom divorced his wife of 22 years.
Bad ass version from 1978