None Pizza With Left Beef

In the process of setting up my new smartphone (yes it has indeed taken this long for me to get a smartphone) my eyes have been ever more open to all that the internets has to offer. For shits and giggles I decided this would be a good opportunity to explore the rabbit-hole known as Tumblr (there’s an app for that). I’m assuming most have a somewhat basic understanding of it so I won’t get into too much of it here. Also, I feel as if I myself have scratched just the surface. In this beginning though I though it best to ease myself into this world with people I’m familiar with, namely the Green Brothers (of youtube/vlogbrothers fame, one of which is John Green who you might notice on here as the Mental Floss list guy). This shining example however comes from his brother Hank Green’s tumbler: 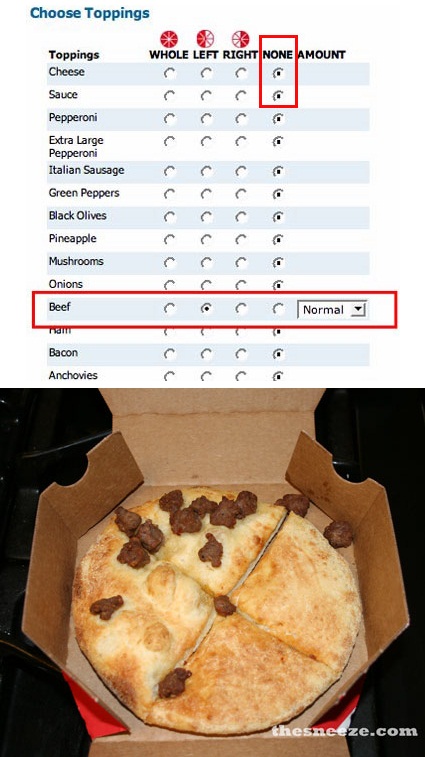